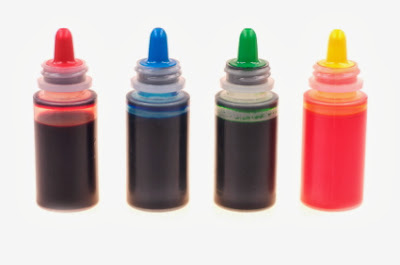 Modern food processing has brought us to the point where we can barely pronounce many of the ingredients listed on food labels. Thankfully, there is a growing body of evidence about these ingredients. Because many of them are relatively new, we do not have a lot of long-term data to assure us of their safety. It is important to be informed and updated on current research and knowledge about these artificial ingredients.

This blog series on Artificial Additives will help you explore the known (and unknown) about different types of artificial additives so that you can protect your health and the health of your family as an educated consumer.

Before beginning the series, it’s important to consider what is widely known as the cocktail effect. Although some agencies and researchers that test and study these additives may say they are generally safe, they are referring to one additive that is singled out. It is important to critically consider the collective effect of multiple exposures to multiple additives. How do these additives interact with one another? There is a lot that is unknown.

There is color in nature. Then there is color in the laboratory. It’s festive. It’s fun. But it’s fake. Artificial food colorings are chemicals and dyes used to color foods. Companies use them to enhance or change the appearance of processed foods (such as candy, cereals, pet foods), beverages (such as sodas, fruit juice), and condiments (salad dressings). Many colorings and dyes have been banned in European countries and a few in our country. We just have to wait and see what will be banned next. In the meantime, it is important to stay informed.

What are food colorings? According to the FDA, the colorings they approve and certify are “synthetically produced (or human made) and used widely because they impart an intense, uniform color, are less expensive, and blend more easily to create a variety of hues. There are nine certified color additives approved for use in the United States .”

Another category made by the FDA are food colorings that are “exempt from certification” because they are “derived from natural sources such as vegetables, minerals or animals.” These include annatto extract (yellow), dehydrated beets (bluish-red to brown), caramel (yellow to tan), beta-carotene (yellow to orange) and grape skin extract (red, green).

Although the second category may sound natural and safe, consider caramel coloring. We are all used to the caramelization we see in our kitchen when sugars brown, such as heating onions on the pan. The difference between our kitchens and other companies is that they may commonly use ammonia in the process. This process forms two dangerous by-products, 2-methylimidazole and 4-methylimidazole, both of which have been linked to cancer.

Artificial food dyes are made from petroleum. Does that sound appetizing? Is it worth the enhanced appearance? The Center for Science in the Public Interest has developed a helpful resource of studies that demonstrate the dangers of dyes. Here is a list of different artificial dyes you may stumble upon: