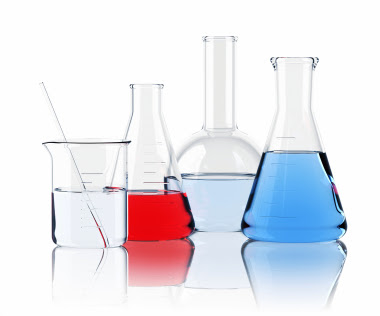 This Artificial Additives series can help you understand why EnergyFirst avoids including these harmful artificial ingredients in our products.

As mentioned before, the “cocktail effect” of being exposed to multiple additives multiple times is potentially dangerous and quite unknown. Most additives are studied in isolation, not in combination with other additives and ingredients. Both the combined effects and the long-term effects are regrettably unknown. The laundry list of banned additives is made up of ingredients that were once used, sold, and consumed by the general public. In most cases, researchers had to wait until severe consequences appeared for a clear, definitive conclusion to be made about the safety of these ingredients. It is also important to note that artificial ingredients give us no nutrients even though the purpose of eating is to get the nutrients our body needs to function at its best.

There are overwhelming reports and cases of digestive problems (diarrhea, abdominal pain), respiratory problems, skin problems (rash, itch, hives, swelling), and even nervous disorders (irritable, hyperactive, sleep disorders). Are these symptoms and the potential risks worth it? Well, let’s see why artificial flavoring is used in the first place.

Natural, Artificial, and the In-between

There are a few natural flavors out there that are extracted from plants, herbs, fruits, and other foods. Acetic acid, which is the chemical that gives vinegar its potent taste, is often used as a natural flavoring and preservative.

Some of these ingredients are actually flavor enhancers. They do not impart a specific flavor but enhance palatability by accentuating flavors already present. Why does a natural flavor already present need to be “enhanced”? Usually it is because there is very little of the actual natural ingredient present in that product.

The ingredient list often proves to be confusing, ambiguous, and unreliable. In fact, it is usually a food company’s deep secret. Often, words are used that may sound like the food is found in its natural state. Ingredients like blueberry flavoring or even natural cherry flavoring, however, can be far from natural. If you think about it, why would the “flavoring” be required if the real food was in there? In fact, certain cherry flavors with the word “natural” in them contain benzaldehyde, which we will learn about in the following list.

Here is just a brief list of some common artificial flavorings:

Amyl Acetate: This artificial flavor has been used to impart a banana or pear flavor. It may lead to chest pain, headaches, fatigue, chest pain, indigestion, and depression of the nervous system as most petroleum-based chemicals are known for.

Benzaldehyde, often used to impart an “almond” taste, can cause nervous system depression and convulsions.
Borneal: An ingredient used to impart a spice to foods that can cause irritation of the skin, eyes, bronchi, and gastrointestinal tract.
Butyric acid: Artificial butyric acid has been shown to cause cancer in animal studies. It is often used in fruit, cheese, butter, nut, and caramel flavorings, baked goods, gum, soy-based drinks, and margarine.
Carvacrol, used to impart a spicy flavor, has been shown to lead to respiratory problems, circulatory problems, and cardiac failure.
Cinnamyl Anthranilate, a synthetic flavoring rather recently banned (1982) for causing liver cancer, used to be used to impart a grape or cherry flavor.
Cinnamyl formate/formic acid: You may be better off using ground cinnamon or cinnamon sticks, instead of buying cereals (even “natural” ones) that have this potentially cancer-causing artificial “cinnamon” flavoring.
Diacetyl: This ingredient is used to impart the “butter “flavor in foods. Unsalted butter may have low levels of this flavoring. It has been found to enter the blood-brain barrier, leading to the build-up of plaque that causes Alzheimer’s disease. Also, it can cause permanent lung damage and may be deadly. The FDA has even acknowledged that food manufactures using diacetyl have workers that suffer from severe lung disease, some of which were in need of a lung transplant. What have they done about it? They started using substitutes called acetyl propionyl and acetoin. Are they any better? These may be just as dangerous to the workers’ health and are not well-studied. These substitutes may just add fuel to the fire.
Monosodium Glutamate (MSG): This is a flavor enhancer found in many processed foods, from soups, breads, and salad dressings to ice cream, yogurt, and low-fat foods. As mentioned before, flavor enhancers mean a company does not have to use as much of the natural ingredients anymore because they can “enhance” the small amount present. The nerve cells in the brains of infant mice were destroyed by MSG in studies done in the 1960’s. Many are sensitive to MSG, with reactions such as headaches, nausea, difficulty breathing, weakness, and tingling sensations in extremities. Even ingredients such as “natural flavoring”, Torula yeast, and hydrolyzed vegetable protein use MSG. The fact that researchers cannot reach a clear conclusion about the safety of MSG leaves us wondering what future studies will reveal.
Quinine: Although this is a naturally-occurring alkaloid, a synthetic form can be used to impart a bitter flavor. This chemical is used despite being poorly tested and found to have a few links to birth defects.
Safrole: Here is a flavoring that was commonly used in root beer. It was finally banned in 1960, however, because it was found to cause cancer, especially liver cancer. This is a great example of the potential dangers of using artificial ingredients that are barely studied or understood.
Vanillin: Although generally considered safe, this vanilla flavoring has been known to cause allergic reactions. Although it can be extracted from vanilla beans, it is often artificially made in the lab. Why? Because vanilla is everywhere and in everything—from gum to ice cream and everything in between. The demand for vanilla has greatly exceeded the supply of vanilla beans.