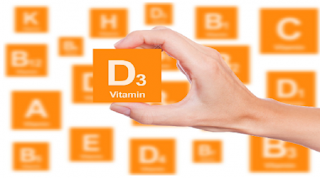 April is National Autism Awareness Month, addressing an issue that challenges far too many American families. In fact, autism rates in the United States are currently increasing at a rate of 15% annually. First estimated to occur in 4 or 5 per 10,000 children in 1943, the incidence of autism is now 1 per 110 in the United States, and 1 per 64 in the United Kingdom─with similar incidences throughout the world.(1)

Autistic children are typically diagnosed by the age of 3 when they have problems communicating and interacting socially. Indicators include delayed speech, minimal eye contact, repetitive use of language and/or hand movements, little spontaneous or make-believe play, and scant interest in peer relationships.

According to the Autism Society, there is no known single cause for autism, but it’s generally thought to be related to abnormalities in brain structure or function. Some research suggests that the heightened prevalence of autism in recent decades corresponds with medical advice to avoid the sun, which─though better for skin cancer prevention─also dramatically reduces vitamin D levels in developing brains.

Vitamin D is important for neuronal growth and neurodevelopment, and a deficiency of this important nutrient has been implicated in autism. One reason for this is that vitamin D helps to control the production of inflammatory cytokines─cell-signaling protein molecules─that are associated with autism.

So what’s the takeaway? Well, we already know that a high quality, full spectrum multi-vitamin/mineral prenatal formula is crucial for women considering a baby, as well as throughout the entire pregnancy and lactation periods─for many reasons. One of these, as we now realize, is that this nutritional protection is scientifically proven to reduce the risk of having an autistic child. Empowering information, no?

Which Vital Vitamins and Minerals are Crucial for Bodybuilding