Nutrition and ADHD: What’s the Connection? 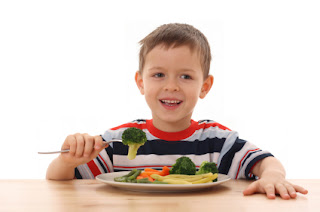 Could a healthy diet, rich in whole foods and essential fatty acids, help prevent─or at least alleviate─Attention Deficit Hyperactivity Disorder (ADHD)? It’s a worthy question, especially since according to the U.S. Centers for Disease Control and Prevention, 1 in 10 American children has ADHD, an astonishing 22% increase since 2003.

So, what can we do about it? One smart tactic is to move away from an inflammatory diet of sugar and processed/refined/fast foods, and target more fresh produce, lean protein, and whole, intact grains. It’s equally important to incorporate omega-3 fatty acids─specifically fish oil, which is the richest source of anti-inflammatory, brain-nourishing eicosapentaenoic (EPA) and docosahexaenoic (DHA) fatty acids.

Both EPA and DHA are crucial to brain development and function, but they’re few and far between in our Western diet. That’s a problem, because increasing evidence reveals that omega-3 imbalances are linked to ADHD, dyslexia, autism, and more. However, evidence from controlled trials suggests that omega-3 supplementation can help alleviate these childhood behavioral/learning difficulties.(1)

Unlike the typical Western diet─high in cheap fat and refined sugars─the ideal anti-ADHD-diet is sugar-restricted, additive/preservative-free, rich in fiber, nutrients, and omega-3 fatty acids like EPA and DHA, which show positive reports of efficacy.(2)

While we often think of kids when it comes to ADHD, adults are affected as well. One study found low omega-3 levels in the ADHD group─plus a 30% higher saturated fat intake─compared with the control group.(3) Another study confirms this, noting that the ADHD adult subjects had significantly low levels of omega-3s, reiterating the link between too few omega-3s and ADHD, among other problems.(4)

Why are omega-3s so important that poor levels lead to mental health and behavioral issues? As it happens, these fats are highly concentrated in the brain, and play vital roles in memory, thinking, and behavioral function.

Fortunately, it’s not difficult to ensure you’re properly covered. It’s as simple as eating several ounces of salmon, mackerel or sardines daily, and/or taking a high-quality fish oil capsule. Aim for 1 gram, at minimum, on a daily basis. While vegetarians may obtain omega-3s from plant sources, conversion to DHA and EPA is less efficient than consuming fish oil directly.

Why Magnesium Deserves More Credit as the Most Underrated of Mineral