Lower Cholesterol with Omega 3 and Co-Q10! 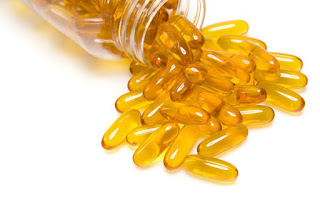 According to experts, there are 42 million Americans with high cholesterol and another 63 million who fall in the “borderline-high” category. Cholesterol can build up in arteries and lead to heart disease and stroke.

Omega-3 fatty acids and Coenzyme Q10 can be taken to lower risk factors. Both supplements are designed to work with the body to reduce levels of cholesterol in the blood. While this may not be enough for some people, for many who change their eating habits adding a nutritional supplement like CoQ10 or omega-3 may be precisely what they need to lower their cholesterol numbers for life.
Omega-3 and Cholesterol
According to the University of Maryland Medical Center, omega-3 fatty acids are essential, necessary for health, but are not made or formed in the body on its own. They must be introduced via food or by supplements.
For dietary omega-3, you can get this by more than two servings of fish a week, such as halibut and tuna. It can also be found in algae and in nut oils. Families who do not get more than two servings of fish in their diet will need to include nutritional health supplements daily to get the benefits that omega-3 can provide.
Without omega-3 in the body, there is a deficiency, which can show up as symptoms such as poor memory, fatigue, dry skin, mood swings, and poor circulation. Benefits of omega-3 include reducing the amount of inflammation and reducing cholesterol, which can cut the risk of heart disease.
Studies have reported definite changes to the levels of triglycerides, HDL cholesterol, and total cholesterol after omega-3 supplements. Triglyceride levels have been researched to lower after adding omega-3, while levels of HDL, or good cholesterol, has been shown to rise. This combines to lower the total cholesterol number as well, which can be enough to keep some people off statin use to keep their cholesterol lowered.
Cholesterol and CoQ10
The University of Maryland Medical Center also touts coenzyme Q10 as another supplement that works nicely to combat cholesterol. It is different from omega-3 in that it is found in the body naturally.
CoQ10 is an antioxidant that is necessary to use food as energy. It has quite a few heart-related benefits. Many researchers attribute heart disease to free radicals. Antioxidants combat free radical damage, such as DNA tampering and cell membrane damage. CoQ10 can also prevent blood clot formation, which helps when there is plaque or artery damage.
Studies have shown that those with high cholesterol tend to have low levels of CoQ10 in their bodies. Using the supplement to help keep these levels higher may work to bring up CoQ10 and decrease people’s need for statins and other cholesterol-lowering drugs. CoQ10 is being researched more for this vital role in heart disease prevention.
———————-
References:
1. http://www.umm.edu/altmed/articles/omega-3-000316.htm/
2. http://www.umm.edu/altmed/articles/coenzyme-q10-000295.htm